Shishas are part of a very old tradition that originated in Asia and has spread all over the world reaching the incredible beaches of Cabo. We want to share the story of the beginning of this ancestral experience that travelers from all over the world enjoy every day at Taboo Beach Club Cabo.

The origin of shishas goes back to India and Pakistan; in its first years these artifacts were made with coconuts and had some pipes through them. Later the idea moved to Persia, where the design was refined and perfected. Some time later shishas reached Turkey where they became popular among the upper class and intellectuals. The design was highly improved with important handcrafted details, getting the appearance we currently know.

The main idea with which they were created was to have a system that cleaned the smoke and allowed to "purify or heal" it with water filtration. This invention gained popularity among the nobility and became a social status symbol for the Indian bourgeoisie and aristocracy. For Arab countries, shishas are part of the tradition to the point of being considered a social act similar to drinking tea in the United Kingdom. Arabs gather to smoke hookah and hang out together.

The Egyptians also created the well-known "moassel" which consists of a mixture of tobacco with molasses or honey. Its creation came about by accident when an Egyptian, who was having dinner with his friends, spilled the Egyptian honeyed dessert on the tobacco they would later smoke. When the Egyptian tasted it, he was surprised by the harmony of the flavors and the difference in the duration of the tobacco when consumed.

As time went by, different flavors were made by mixing it with the pulp of certain fruits. This is how tobaccos with fruity flavors were introduced and today we can enjoy them in shishas.

Nowadays, Shishas have become popular all over the world; becoming a social activity and a good reason to meet with friends or strangers to talk about different topics and hang out. Now imagine being able to do it, in Medano beach, surrounded by the party atmosphere and sophistication of Taboo Beach Club.

In many beaches like Ibiza, St. Tropez and Tulum, shishas are a big trend, many love the exquisite experience of being able to smoke while enjoying the wonderful view of an exclusive beach. Now it is possible to live this sensory trend at Taboo in Cabo and enjoy your beach day with the best dishes and refreshing cocktails, while you discover the amazing world of shishas.

Taboo Beach Club is the best beach club in Cabo to enjoy this experience. The seductive fragrance of shisha smoke is paired by the highest quality tobacco with authentic flavors. Enjoy its extensive menu and live a unique moment in one of the most exclusive beach clubs in Los Cabos.

Enjoy the best atmosphere that only Taboo beach Club Cabos can offer you and if you wish to smoke shishas in Los Cabos, we will be waiting for you. 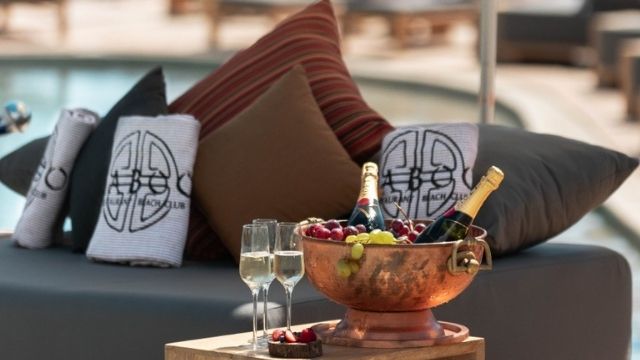